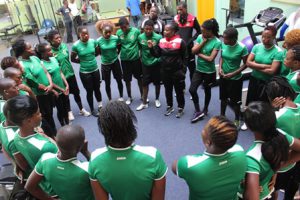 BUSE has once again proven to be the institution of choice by hosting the Zimbabwe Women’s National soccer team, the ‘Mighty Warriors’, as they intensify preparations for the upcoming Olympics games to be held in Rio De Janeiro, Brazil in August.

The twenty-four member squad and eight officials started their training in earnest at the University’s state-of-the art gymnasium facilities on the 29th of June 2016, where they mainly focused on body strength exercises.

During a preliminary briefing between the Team’s technical crew and University officials, the Dean of Students, Mr Makado welcomed the delegates and assured them of first-class treatment at the institution during the course of their one month stay.

Mr Makado said that the partnership between BUSE and the Mighty Warriors will go a long way in improving sports related linkages between the institution and the national team.

The Mighty Warriors Team Manager Mrs Charity Munemo expressed gratitude to BUSE for the warm reception they had received at the institution since their arrival. 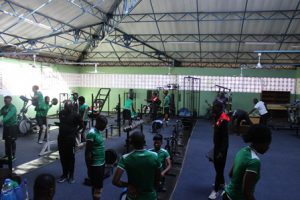 BUSE was given the mandate to house the National Sports Academy by Government in 2006. The Academy is a converging centre for sporting activities which include athletics, field, aquatic and indoor games, and has become popular with sports persons and teams from across the country.

The institution also has an academic department of Sports Science, and together with the Academy boasts of sports directors, lecturers, fitness trainers, team managers, sports psychologists, team nutritionists whose expertise will be readily available for the National Team to use as and when required.

Zimbabwe and South Africa are the two African countries that will carry the continent’s hopes when the Olympics football tournament kicks off on August 3. 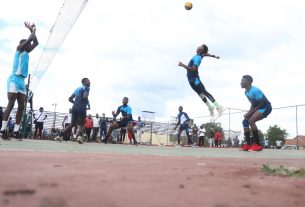