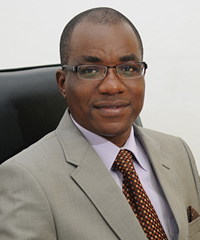 Prof. Mwenje has spearheaded the growth of Bindura University of Science Education in the last 5 years. Bindura University of Science Education won the ZNCC (Zimbabwe Chamber of Commerce) award for the best tertiary institution in 2015. Prof. Eddie Mwenje won the National Public sector leadership Excellence award for 2015. He also received the Visionary Award as well as Education leadership Award in 2015 from African Leadership Awards Mauritius. In 2013 he received the Megafest award as one of the top 20 outstanding business personality in Zimbabwe.

He serves on many International Boards, National committees. Prof. Mwenje has won many International grants including TWAS grant which resulted in the National University of Science and Technology (NUST) being accorded a TWAS Research Unit status. Among other Boards and Committees he has served as a Board member for the Centre of Excellence in Tree Health Biotechnology at the University of Pretoria in South Africa since 2004. Prof Mwenje is a member of the Governing Council of The African Network of Scientific and Technological Institutions (ANSTI) representing the Southern African Region. He is the Chairman of the Zimbabwe University Vice Chancellors Association (ZUVCA).

Prof. Mwenje is also the inaugural Chairman of the largest Research group in Zimbabwe in both international publications and postgraduate student training, the Research Platform on Production and Conservation in Partnership (RP-PCP). In 2012, he was honoured by an international organization for his role in science education. Bindura University of Science Education along with its partners received the Erasmus MUNDUS prestigious grant to support a Science and Technology Teacher Training Network involving Africa and Europe. Prof Mwenje is a renowned scientist, a strategic leader and administrator. He has supervised several PhD, master and Undergraduate students and has published close to 50 articles in books and refereed journals. He is married to Dr Juddie Mwenje and together they have 3 children and have also raised other children. He loves God and is an ordained Reverend.