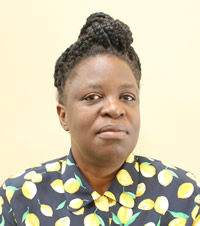 In this study we intend to estimate the potential of soil organic carbon sequestration to mitigate climate change in forests and agro ecosystems. Soil organic carbon is the greatest pool of carbon storing twice as much C as in biomass. The study is based on estimating carbon stocks in soil and biomass. Carbon dioxide is one of the major greenhouse gases contributing to climate change. The stock of C in soil (or vegetation) is the quantity present at a given time. If a land management practice causes the SOC stock to increase over time, it can be described as a C sink because C is moving into it. On the other hand, if it is declining it is a C source because C is moving from SOC to the atmosphere. Carbon sequestration is important for soil improvement/ food security and reduction of greenhouse gas emissions. Several publications have been produced and presented at regional and international conferences.

Faculty of Agriculture and Environmental Sciences