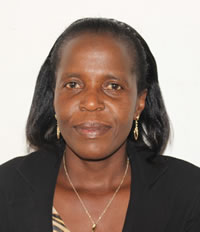 Ms. Mwanza obtained her Diploma in General Nursing in 1991 and Diploma in Midwifery in 1995 respectively at Mpilo Hospital and worked for the Ministry of Health And Child Welfare from 1991 to 2005.She studied  for a BSc in Nursing Science  and graduated in 1999 and continued to work for the Ministry of Health and Child Welfare. She proceeded to study for an MSc in Nursing Science from 2004 to 2005.In August 2006 she then joined Bindura University of Science Education as lecturer in the Department of Health Sciences and is the current Chairperson of the Department. Her current research interests are in, Community Health Nursing, Maternal and Child Health and Adolescent and Reproductive Health.