The ground breaking scientist, Professor Desmond Manatsa has been elevated to the post of the Dean of the newly branded Faculty of Science and Engineering effective 1 March 2019.

Professor Manatsa is a Full Professor of Climate Science and, holds a PhD from the University of Tokyo, Japan. His PhD thesis won him the Japan Society for Promotion of Science Gold Medal Award.

He also holds an MSc in Ocean and Atmospheric Science from Cape Town University, South Africa and, another MSc in Climatology, but graduating as an Engineer Meteorologist, from the Russian State University of Hydrometeorology, Russia. These masters degrees were awarded to him with Distinction and Excellence respectively. He holds a Post Graduate Teaching Diploma and several certificates in Climate Information and Prediction Services, Kenya; a certificate in SADC Climate Change Negotiating Skills, South Africa and; a certificate in Introduction to a Green Economy, United Nations Institute for Training and Research.

His work experience dates back to 1993 when he worked for the Zimbabwe Meteorological Services Department as a Senior Meteorologist. He joined Bindura University of Science Education in 2004 as a Lecturer in the Geography Department and was subsequently promoted to the post of Chairperson of the Department up to 2017.From 2011 to 2013, Professor Manatsa worked in between his BUSE post as a Focal Climate Science Researcher (for East and Southern Africa) for the Japanese Agency for Marine Science and Technology in Japan. He also worked for the International Centre for Theoretical Physics in Italy as a Visiting Climate Scientist from 2011 to 2016 and did his Post Doc at the University of Free State where he is currently a Research Associate.

As a renowned academic, Professor Manatsa published a number of research works in Peer Reviewed International Journals, published several books and chapters, reviewed a number of refereed journals, engaged in consultancy work, was appointed an external examiner by a number of national and regional universities, supervised undergraduate and postgraduate (masters and PhD) thesis and attended several international seminars and courses where he also made some paper presentations. To top it all, Professor Manatsa received a number of prestigious scholarships and research grants.

Professor Manatsa is the same man who made waves in Japan when he published in the world number one Geosciences Journal of Nature by Linking the Antarctic Ozone Hole to southern Africa climate. He also made great strides in unravelling how the El Nino Southern Oscillation (ENSO) is initiated and sustained in the tropical Pacific.

Currently, he is doing some research work with Professor Geoffrey Mukwada, a lecturer from Free State University, under the ‘Afromontane Research Unit Project’. The two have once again grabbed the attention of the national, regional and international community after discovering an “ozone hole” over South Africa that is centred over the Free State Province during spring. This is said to impact on temperature and rainfall levels. The article was commented on in the Herald of 19 February 2019 and published in the Frontiers of Earth Science journal.

The Vice Chancellor, Professor E. Mwenje and the university community congratulate him and wish him all the best as he takes up his new responsibilities. 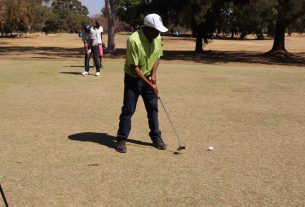 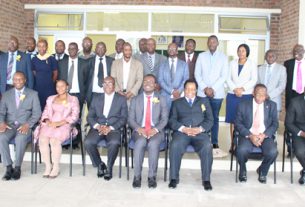 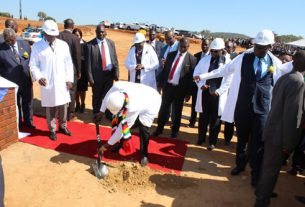