He has extensive administrative and academic experience attained from working at different reputable national, regional and international universities. His academic career commenced at the Midlands State University where he worked as a lecturer from 1997-1999. He then moved to the University of Zimbabwe from 1999 to 2008 where he assumed the post of lecturer, Head of Department (Institute of Food, Nutrition and Family Sciences) and, Senior Lecturer respectively. He later moved to Kigali Institute of Science and Technology (KIST, now College of Science and Technology, University of Rwanda) in 2010 where he worked as an Associate Professor of Microbiology and Biotechnology, Head of Applied Biology Department and Acting Director of Research and Publications up to the time he joined Bindura University in August 2012. He has taught many undergraduate and postgraduate courses and developed many undergraduate and postgraduate degree programmes.

As an illustrious researcher, Prof Parawira has published numerous articles in refereed international journals and several book chapters which are highly cited in international reputable journals. He has also published several non-refereed (edited) articles in newspapers in science and technology. His research interests are in environmental biotechnology; biofuels; food microbiology; and science, engineering, technology and innovation policies and their effectiveness. He has supervised and is still supervising several MSc and PhD students. He is on Editorial Boards of several journals and reviews manuscripts for many internationally reputable journals.

His hard-work, dedication and work ethic has seen him receiving several prestigious awards including the Andrew Mellon Foundation Postdoctoral Fellowship (South Africa), the International Foundation for Science Postdoctoral Fellowship (Sweden), the SIDA/SAREC PhD Scholarship (Sweden) and the SIDA/SAREC MSc scholarship (Harare).
Prof Parawira is married to Charity and the couple has been blessed with three children.
Professor Mwenje congratulates Professor Parawira and requests staff and students to give him the necessary support and cooperation as he takes up his new responsibilities. 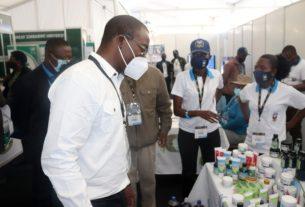 Minister urges BUSE to move to the next level 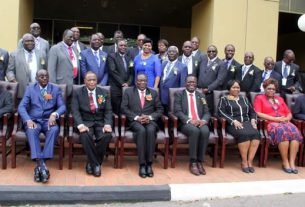 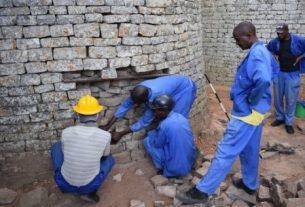