Government has stepped up its efforts of creating a conducive environment to spearhead innovation in all state universities through the construction of innovation hubs, a senior government official has said.

This follows the adoption of Education 5.0 by the Ministry of Higher and Tertiary Education, Innovation, Science and Technology Development to create a knowledge driven economy premised on the desire to modernise and industrialise the nation.

Deputy Minister of Higher and Tertiary Education, Innovation, Science and Technology Development, Hon Raymore Machingura who was speaking during a Youth In Business Innovation symposium at the University of Zimbabwe organized for tertiary students recently, said in order to achieve this vision there is need to develop national capabilities, configuration system and appropriate philosophy.

He said things are beginning to take shape when it comes to innovations as evidenced by the development of a cough syrup, themarula processing plant in Mwenezi and the oxygen, nitrogen and acetylene gas plant in Mutare.

“Government has constructed innovation hubs at all its State Universities thereby creating a conducive environment for innovations,” said Hon Machingura.

“Innovators will be given start-up capital as well as internshipsat innovation hubs”.

Speaking at the same occasion Mr Christopher Mutsvangwa who is the ZANU PF  spokesperson said the DNA of innovation was in the blood of Zimbabweans dating back to the Great Zimbabwe empire which was built of stone at a time neighbouring states were using pole and dagga to construct their kingdoms.

He urged the students to be organized in order to be innovative by imitating the liberation war heroes who had to build structures from cell to national level from scratch in order to defeat the colonizers adding that money does not come from the World Bank but from ideas.

BUSE Student Representative Council President Mr Kudakwashe Matare said such symposiums should be extended to all the students at BUSE in order to inspire them to be innovative and become the producers of goods and services rather than seekers of employment. 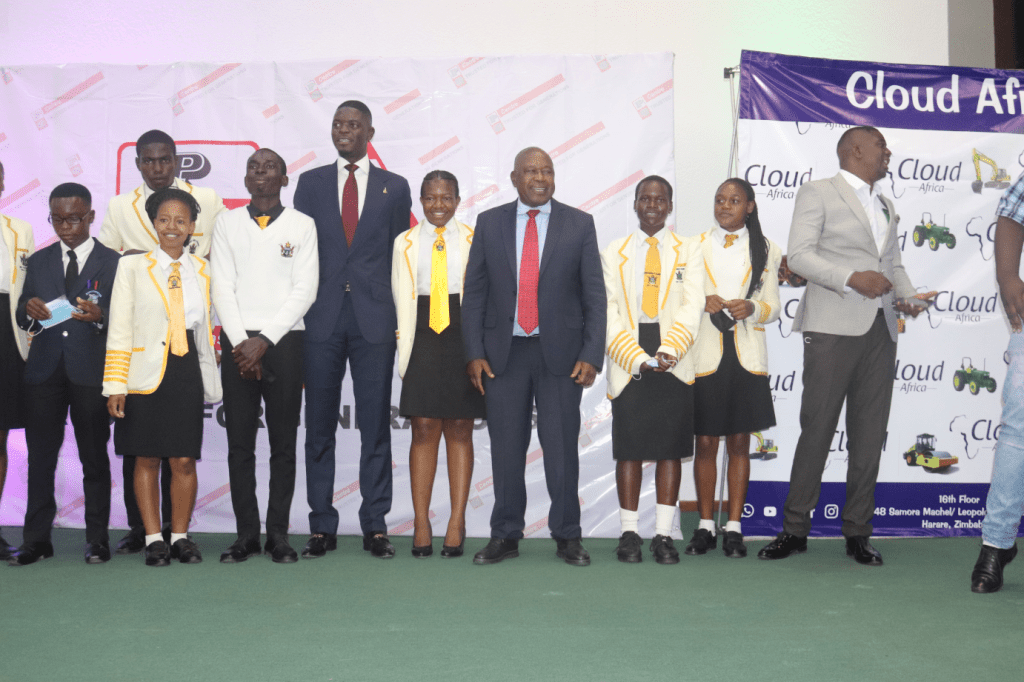