BUSE students from the Geography Department toured the Cyclone Idai affected areas in Chimanimani, Manicaland Province from the 29th April to 1st May 2019. They took the opportunity to also deliver clothes, shoes and food to the victims which had been contributed by BUSE and its alumni community.

The Disaster Management students learnt about the disaster through direct observation and interacting with some of the victims and survivors of Cyclone Idai as they travelled from Mutare to Chimanimani.

They assessed the vulnerability of the communities in Chimanimani to flooding, landslides and other geophysical hazards; observed the socio-economic and environmental impacts of the Cyclone Idai; studied the measures being taken to assist the victims and recorded the Geographic Position System Coordinates for worst and none affected areas among other activities. They used the Disaster Management Cycle, comprising of preparedness, response, recovery and mitigation as a tool to understand their findings.

Speaking after the trip Dr A Manyani, who was the leader of the expedition, said the team managed to have a hands on experience regarding cyclone disasters as they carried out a number of educational activities. ‘The department is also grateful to the BUSE community and the alumni for the generous donations which were handed over to the victims of Cyclone Idai’, he said.

Dr Albert Manyani is the current Chairperson of the Geography Department and was accompanied to Chimanimani by other members of staff namely: Dr Mavhura and Dr Mudavanhu who are the Disaster Management experts in the Department, Mr Hwata who is the Senior Departmental Technician and Mr Madovi, the Bus Driver. 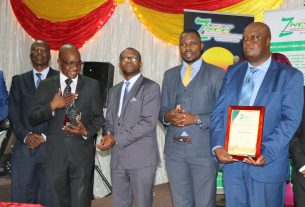