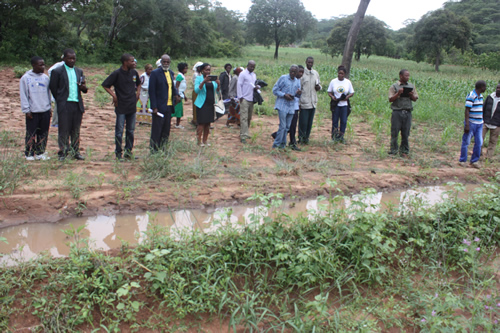 Bindura University once again proved why it is highly ranked in terms of research excellence when it scoped the prestigious Regional Universities Forum (RUFORUM) for Capacity Building in Agriculture Community Action Research Programme (CARP+) grant valued at US$350 000.

The winning proposal which was Professor George Nyamadzawo, from the Faculty of Agriculture and Environmental Science’s brain-child, focused on promoting the use of tied contour rainwater harvesting (TC-RWH) system in small grain and legume production for improved household food security, nutrition and income in the smallholder farming areas of Zimbabwe.

The University came first after out-competing more than 200 regional universities, despite this being the institution’s first bid for the grant.

Professor Nyamadzawo said he would use the 4 year grant to promote the use of TC-RWH in Buhera sub-region and Mwenezi and further recruit Master of Philosophy and Doctor of Philosophy students to assist in the project.

The Director of Research and Post-Graduate Centre, Professor Courtie Mahamadi encouraged other university staff members to enter such competitions as it could bear fruit as the recent award did.

RUFORUM’s mandate is to oversee graduate training and networks of specialization in the countries and universities where it works.

The University last year received ZAR 1 million rands from the Finnish Southern African Partnership Programme (BioFISA II) for the development of chicken broiler feed using Moringa Oleifera leaves in partial substitution for soya cake. For this initiative, the University has went into partnership with a local manufacturer Codchem Pvt (Ltd) who are based in Msasa in Harare.

According to Webometrics Ranking of Universities, Bindura University is currently ranked the second (July 2017 Edition) in terms of excellence among local universities. 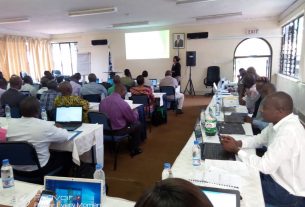 Important Notice To New First Year and Other Returning Students