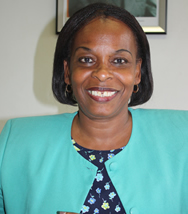 The University Librarian, Mrs Audrey Mhlanga bade the University community farewell after the expiry of her term of contract at the end of August 2020. The Farewell meeting was held on 31st August on the zoom platform. The Librarian had served the University for 20 years.

Speaking at this meeting, the Director of Public Relations and Protocol, Mr JJ Gutura who was also facilitating the event said Mrs Mhlanga joined the University as the first Librarian in the year 2000, a few years after the institution’s establishment.

From the Farewell meeting, it was established that Mrs Mhlanga made a number of notable developments in her department including setting up the University library without any collection, introducing the Library Management System as well as promoting staff development, among others. The Library Management System saw the University moving from print to electronic library.

Mrs Mhlanga also served in a number of boards where she made valuable contributions. The boards included the Research Board, Executive Management Board and the Zimbabwe Library Consortium, among others.
Speaking at the farewell meeting, the Librarian expressed her gratitude to the University Management, staff and students for their support throughout her tenure.

“Generally, I worked well with people. I have done the best that I was able to do according to my capabilities,” she said.

She wished the University community well and urged members of staff to continue propelling the University forward.
The Vice Chancellor, Professor Eddie Mwenje thanked Mrs Mhlanga for the contributions she made to the University during her tenure.

“On behalf of the University Council, staff and students, I want to express my profound gratitude to Mrs Mhlanga for all the contributions she made to the University. We thank her for giving her all and, for the sacrifices she made towards the development of the Library and the entire University,” said Professor Mwenje.

Other members of staff who gave testimonials on the day included the Director of Research and Postgraduate Centre, Professor C. Mahamadi; the Deputy Registrar – Academic, Mr S.G Chitera; the Deputy Librarian, Mr B. Chiparausha and Ms E. Chidyamatamba, Personal Assistant to the Librarian. 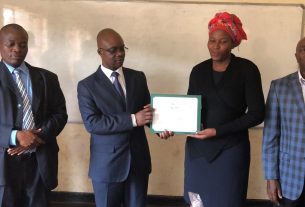 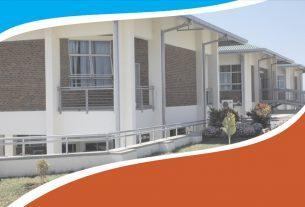