Bindura University of Science Education launched its range of sanitisers on the 2nd of April 2020 in Bindura. The sanitisers are sold in different packages ranging from 100ml to 20l. While most of the sanitisers are alcohol based others are surfectants which are suitable for those with health conditions that adversely react to alcohol. Launching the sanitisers, the Vice Chancellor, Professor Eddie Mwenje said the institution was capable of producing 2000l a day initially but would in the near future ramp-up production to 4000l a day or more depending on the demand. He said this project was ample demonstration of the efficacy of Education 5.0 which was espoused by the Minister of Higher and Tertiary Education, Innovation, Science and Technology Development, the Hon Professor dr. Amon Murwira. 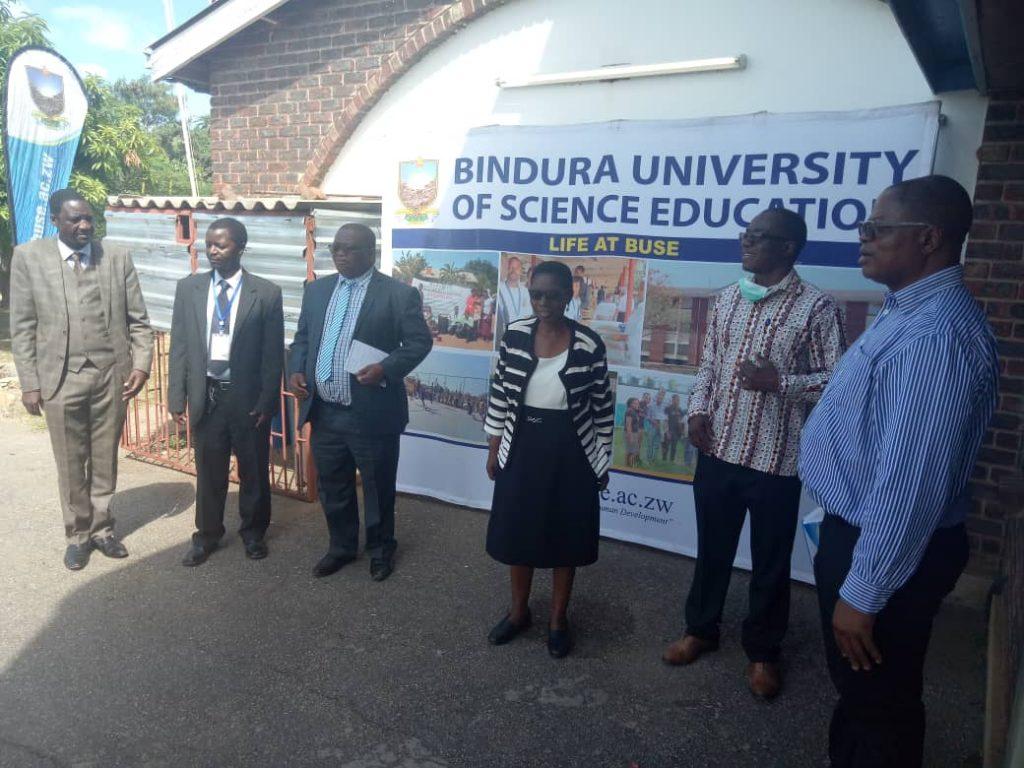 The function which was held at Astra Campus was attended by the Minister of State for Provincial Affairs and Devolution, the Hon Senator Monica Mavhunga; the Provincial Development Coordinator, Mr. Cosmas Chiringa; the Provincial Medical Director, Dr. CD Tshuma; members of the Provincial Taskforce on COVID19, BUSE staff and the media. Senator Mavhunga was very appreciative of what the University had done and said besides contributing to the fight against the COVID19 pandemic it raised the profile of the province. She said sanitisers were a key element of preventing the spread of the corona virus and that their availability was very important.

Dr Mupa who is the Chairman of the Chemistry Department, which is spearheading the project, took time to explain the production cycle to the audience. He said the product formulation was guided by the World Health Organization guidelines. Professor Pamhidzai Dzomba and Professor Courtie Mahamadi are also part of the project team. Professor Mwenje said that he would like students on attachment to be involved in the project.

The Deputy Minister of Higher and Tertiary Education, Innovation, Science and Technology Development, the Hon Raymore Machingura MP, also toured the project on the 3rd of April 2020 and gave it his seal of approval.

The project is running well and will definitely make a big impact in the fight against the corona virus.